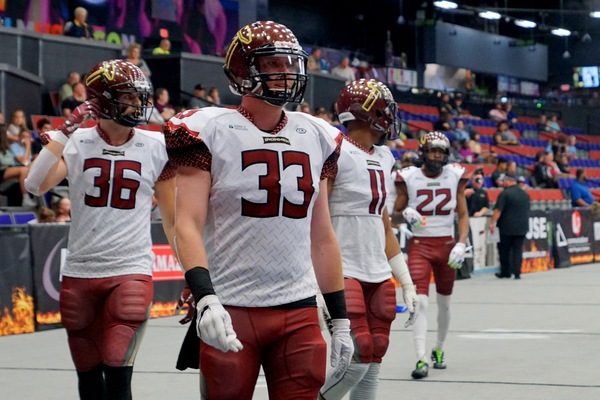 Muskegon, Mich, — The West Michigan Ironmen secured an undefeated regular season with their win on the road against the Indianapolis Enforcers. The 44-12 victory for West Michigan also extended their unbeaten streak against the Enforcers historically.

Saturday’s game was the first of two consecutive match-ups for the Ironmen against Indianapolis. The Enforcers will travel to Mercy Health Arena to compete for the AAL Midwest Division championship on June 5th.

The Ironmen fell down 6-0 early in the first quarter following a short kickoff, but Clay Oliver stymied the two-point conversion attempt.

Oliver, who is in his first year with the team and his first year playing indoor football, has grown a lot this season. He came into training camp wanting to be a wide receiver but has become a key piece of the defensive line.

The Ironmen were then able to march down the field and take the lead following Dakota Smith’s rushing touchdown and the extra point by Ron “Buck” Hotrum. The first drive did feature an ankle injury to Ironmen receiver Jarrett Dickey who was unable to return to the game.

Injuries have plagued the Ironmen over the past few weeks, but that has given more players opportunities to make an impact.

“(Jerriel) Franklin stepped up his game Saturday night.” head coach Nate Smith mentioned. “He’s been a guy that has been on the roster and has been active for a few games and last night he made the most of his opportunity with some big hits.”

After forcing a turnover thanks to Alje Buiter’s interception, the Ironmen went up 14-6 on Dakota Smith’s second touchdown of the first half on the first play of the second quarter.

Coach Smith had this to say on Buiter’s interception.

“Buiter is having a great season in the secondary and the interception he had was one of the prettiest I’ve seen in a long time.”

The ensuing kick-off also netted points for West Michigan, as the Enforcers were tackled in the endzone resulting in a safety.

Another defensive stop got the ball back for the Ironmen and that drive was punctuated by Tyler Fehler, who was making a spot start in place of Alex Carder, finding John Ross down the field to make the score 23-6.

The game was marred at times by the aggressive actions of Indianapolis. Multiple occasions of late hits and extracurricular activity after the whistle bothered some of the Ironmen players.

“I’m all for a little trash talk,” said Ross. “but I like to let my actions speak for me. When the opponent’s objective is to hurt you or add extra hits it’s not football anymore.”

Karey Morrow, a defensive end for the Ironmen also chimed in.

Morrow missed about a series as his facemask was ripped off of his helmet by one of the offensive linemen for Indianapolis. He also suffered multiple dislocated fingers but was able to return to the game after treatment.

That extracurricular activity led to multiple Ironmen missing plays while recovering and also the ejections of three Enforcers players. AAL rules dictate that they will serve a one-game suspension in the season finale against the Ironmen.

“It kind of goes without saying that Dakota had a huge game for us,” Coach Smith shared. “I think when the offensive line gets fired up it is just contagious to somebody like Dakota. He is a fierce competitor and it was evident throughout the evening.”

That fiery spirit also got Dakota hit with a delay of game penalty in the second half for an “aggressive celebration” after a touchdown.

Of course for a running back to be successful you need a strong offensive line and the Ironmen have just that. Coach Smith had very telling words about his offensive linemen.

“I was very impressed with our offensive line this evening. We had a fourth goal right as time was expiring in the first quarter. During the quarter break, we just discussed running one of our goal-line pass packages, and (Dyron) D White was adamant about running the ball. I looked at the offensive line and they had to look in their eyes like they were ready to take the game over and that’s exactly what they did. I felt like from that moment on those three guys up front imposed their will on the D line of the Enforcers.

Although the game was on the road, there were still many familiar faces in the crowd which certainly fueled the players.

“We were impressed with our fans who made the four-hour trip to Indianapolis,” Coach Smith shared with me. “There were a lot of familiar faces from the Iron Nation. One of the Enforcers coaches made a comment to me about how well our fans traveled.”

Playing in a hostile environment or one not up to the standards of the Ironmen can be a challenge, but Coach Smith has provided a way for players to be challenged by only themselves.

“We have talked a lot about ARETE this season and that was the central message again Saturday night. Playing to our team’s ARETE is about reaching our potential and purpose in that particular moment. I told the guys our ARETE should not be impacted by the quality of the arena or the level of the fan interaction or the chippiness of the players we are playing. All those things are just distractions that want to pull us away from what we need to accomplish. All things considered, I’m really proud of the way our guys stayed focused and locked in and played a pretty good football game considering all of those factors.” 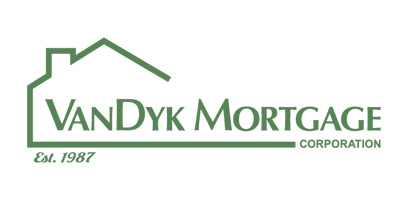